Presearch price prediction questions are increasing by the day as interest grows. Have you ever imagined being paid to browse the internet? The Presearch project aims to disrupt the search engine industry that currently monetizes your usage without paying you. The project is modeled as a decentralized alternative that functions more like a public utility on behalf of its community rather than stockholders. Presearch Engine is a next-generation search engine created to compete with search engines such as Google, Microsoft Bing, Yahoo, DuckDuckGo, Baidu, Yandex, and many other search engines are among the biggest ones available today.

The Presearch project aims to develop completely open and transparent algorithms that make use of blockchain technology and the participation of its community. In this way, everyone will be able to edit and contribute to the search index, much like on Wikipedia, leading to better search results and resistance to censorship.

How Does Presearch (PRE) work?

The Presearch ecosystem includes the Presearch engine, PRE token, Presearch Nodes, Presearch Keyword Staking, Presearch Market Place, and Ethereum Blockchain. The Ethereum-based PRE token serves as both a unit of account and a store of value inside the ecosystem. Pre-token is used to reward

1. Users of the Presearch engine

2. People who bring new members into the ecosystem

3. Node operators, who offer their computer powers to run and protect nodes

PRE Token is used by advertisers to stake keywords to promote their web content.

All these use cases will drive Presearch price prediction.

This is another factor that will influence Presearch price prediction. Anyone may set up Nodes on their PC to support the search engine. Running Nodes provide computing resources to power the Presearch Engine and enable operators to earn PRE. One must register to obtain the operator code needed to launch the node.

Keyword staking: What is it?

The Presearch Keyword staking platform allows advertisers to bid for keywords using PRE tokens. Whoever stakes the highest number of PRE will have their ADS displayed. Imagine blocking the balance in a deposit account for 1 year and then being entitled to free advertisements.

When PRE is staked, it becomes unavailable for use, but the ownership remains intact. Anyone who has paid for Google Ads will understand what this implies. Yes, there is no CPC, CPI, or CPA. Your ad will no longer be displayed if you decide to “Unstake” your PRE from a particular phrase or if someone stakes more than you.

Why is Presearch (PRE) different?

#2. Decentralized Search Engine: The power of decentralized nodes managed by members of the community is used by the Presearch engine’s decentralized technology. This is music for people who are wary of centralized institutions.

#4. An emphasis on privacy: The Presearch engine’s (PRE) data privacy policy is one of its key selling factors that is expected to influence any Presearch price prediction. The platform claims that, in contrast to other search engines available, its engine does not keep any user information because it operates on a decentralized network and is considered to be open-source software.

Along with a multitude of search options, the platform’s primary search engine yields results that are generally superior. For instance, when you search “Bitcoin,” all the pertinent information, statistics, and other crucial features are displayed right at the top. Compared to other well-known search engines on the market, this helps end consumers save time and obtain their information more quickly.

PRE tokens can be purchased via the Presearch platform’s marketplace. A single transaction can purchase up to 25,000 PRE tokens, with a minimum of 1000. Users have the option of using a credit card, Bitcoin, Ethereum, or wire transfers to send USD to purchase PRE tokens. It takes between 30 minutes and a few hours if you pay with a credit card or cryptocurrency. Bank transfer transactions take up to 5 days and may incur bank charges (make sure to add bank charges to the amount that is sent).

There are 425 million PRE tokens in use. 75 million is the reserved supply

>4.1 million users who have signed up

Search engines like Google, Yahoo, Bing, and others have a major market share. Does the Presearch engine have a chance against these search engines? Presearch’s price prediction is pegged on the answers to these questions.

#1. Privacy: Authorities from several nations have discovered that many large internet companies, including Google, violated fundamental customer privacy rules. In January 2022 BBC reported that Google and Facebook were fined 210 Euros over the use of cookies. The Presearch engine positions itself as the first decentralized search engine that respects and protects user permission and the privacy of their data. If the project succeeds in establishing itself as the leader of private search engines, followed by massive adoption, then the Presearch price prediction will move northwards.

#2. Ethereum Merge: The project was successfully completed in September 2022 to move the project into Proof of Stake. This is expected to increase the stability of the Ether network and its speed. It will also reduce costs and attract more traffic. The Ethereum merge is expected to influence the Presearch price prediction.

#3. Advertisers: According to a recent report by Statista Research Department on May 3, 2022, global internet advertising stood at $366 billion in 2021. This is the pie that research aims to achieve. Under keyword staking, PRE tokens are not spent. They are held until the staking period ends. The value of PRE to advertisers could go up if its utility continues to increase.

Before we move to Presearch Price Prediction, please note that investing in cryptocurrencies carries high risk. The information in this article is not financial advice, and we do not guarantee its accuracy. Please visit the Presearch website to get further details.

So what do people think about Presearch price prediction?

PRE is currently listed in reputable exchanges KuCoin, Hit BTC, CoinEX, Uniswap, and ProB IT Global. It has a large community of followers. The telegram community has over 11000 members. Twitter has 12,700 followers.

How do you make money on Presearch?

You are rewarded for using the Presearch search engine, running Nodes, and referring friends. Keyword staking is also important for advertisers who stake PRE and secure keyword ranking on the web.

What can I use PRE for? 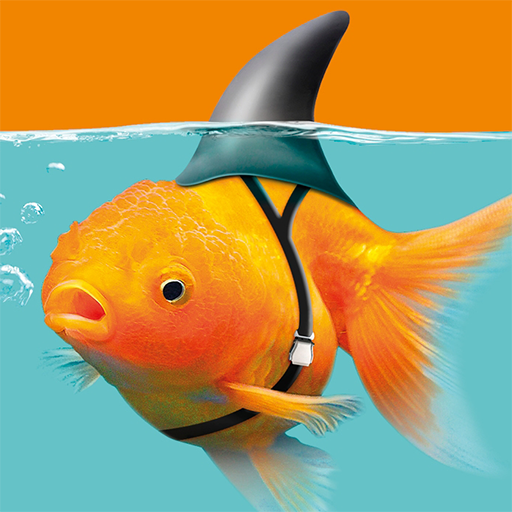